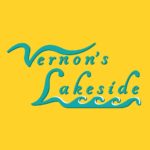 Born and raised in East Texas, Wade Skinner learned to play guitar and sing at an early age. At home, music was a regular part of his upbringing. It was a rare evening when he and his father and brothers did not sit down to play music on flat-top guitars. Every family gathering with the Skinners always included music — usually bluegrass, country, and gospel. Wade’s father taught him how to play guitar and enrolled him in classical piano lessons as a boy.

From the seventh grade through High School, Wade was in choir every single year. In High School, Wade was selected to be a part of the elite singing group at his school; this group afforded him his first opportunity to perform country music in front of a live audience and with a band. In High School, Wade learned to play the drums and bass guitar. Wade joined the College Choir his second year in College and played part-time in a local church band as the guitarist. After transferring to the University of North Texas, Wade played bass and guitar in the University’s Baptist Student Ministry.

In college, Wade developed a love for poetry that eventually translated into songwriting, but only after a great deal of personal tragedy. Inspired by a desire to counter the decline in country music’s progressive bent with its canned lyrics and crossover appeal, Wade began writing songs that were designed to tap into the deepest roots of country music — blues and bluegrass. “The best songs,” according to Wade, “are first poetry.

Like his tune above, “Highway Going Down”, they are written specific enough to show the concrete reality of the gritty details of life but broad enough to appeal to the human experience of all kinds of people.  They simultaneously uncover the nature of reality in a broken world and expose possible answers to the question: ‘how should a life be lived under the sun?'”

This is why he calls his approach to country music “country music for the soul.”  Indeed, this is the goal of Wade’s debut full album Through the Fire — to touch the human soul.

Wade’s background is eclectic, to say the least. Wade and his wife live in Longview, TX with their five children. Along with his deep commitment to family, Wade has a deep spiritual life, and his love for the Bible and experience in pastoral ministry show up in the themes of his lyrics. As a former Corporal in the US Marines and a 1st Lt. in the US Army, Wade’s military background has informed the way he approaches all of life.

Wade has worked for the past decade as a College English Instructor; as his students continue to attest, his favorite part of teaching is poetry because he is able to connect the themes and poetic conventions of the greatest works in the past with the lyrics of the popular American music culture. Wade is a music lover to the soles of his feet. His library of interests contain samples from every genre, but his favorites include classical, traditional country, blues, classic rock, and bluegrass. His country music heroes include George Jones, Merle Haggard, Vern Gosden, Willie Nelson, Waylon Jennings, Clint Black, Hank Williams (Jr. and Sr.), Keith Whitley and more recently Cody Jinks.